Tim was born in Hull, Yorkshire but spent his early years in the Channel Islands. On Herm his home, Belvoir House, was 2 minutes from the sea and so he had an all year round view of the sea in all weathers and has called on those memories many times in his career. Tim’s art has been collected by marine art connoisseurs around the world. His work is in the collections of many British, American and European Captains of Industry including Ted Turner, Wm. Koch and David Rosow.

His book on the America’s Cup has a foreword by Ted Turner and his RNLI Gold Medal Rescue book was commended by Queen Elizabeth the Queen Mother. He was commissioned by the Royal Navy and his largest individual work still hangs at HMS Drake. He has had a limited edition print signed by HRH Prince Philip. He has produced work for European Royalty and HRH Prince Charles and Diana The Princess of Wales attended his America’s Cup Exhibition in London. Tim’s largest project has been the America’s Cup, depicting a dramatic moment from each winning race to date.

He has painted Arabian Dhows and historic craft off Oman and around the Arabian Gulf. He worked with the Vasa Museum to show the ship as she would have appeared in her original red livery. He has also been the Official Artist to one of the BOC Races and some of the America’s Cup races.

Tim works mostly in oils on fine linen canvas or board. Before he begins a painting, his research is extensive, reading through contemporary accounts, ships logs, plans, coastal profiles, weather conditions etc.

Tim’s work is as accurate as he can make it and he finishes each canvas with his painterly interpretation. 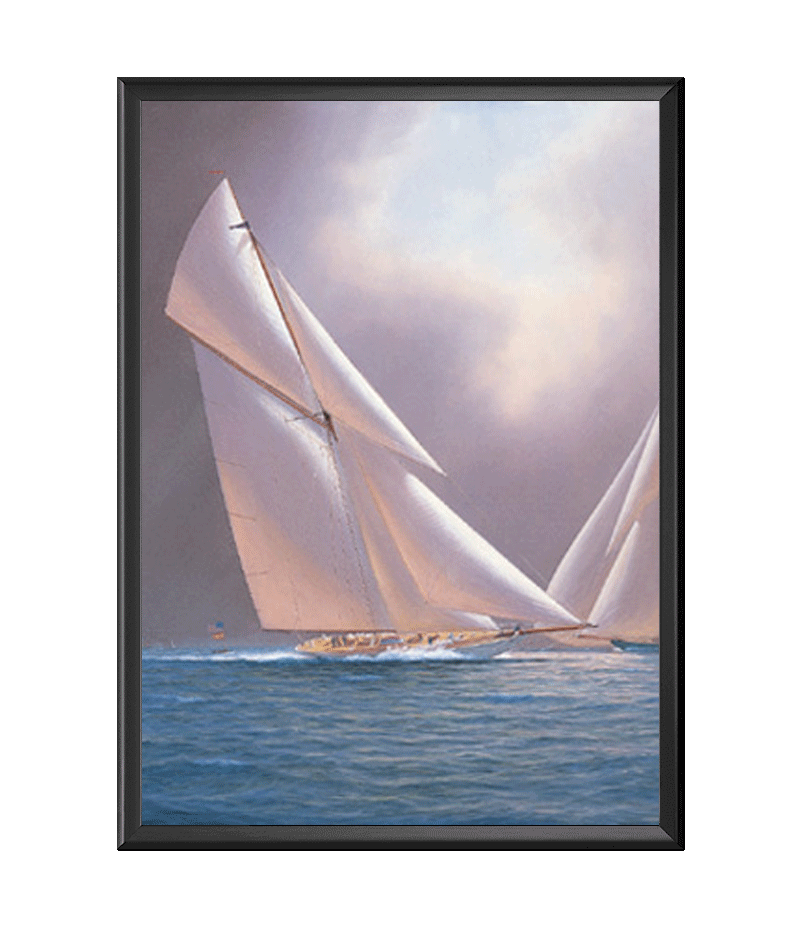 Tim has selected a few choice works to offer as prints.

You can now purchase a range of marine prints from large poster sizes to smaller furniture toppers as well as postcards.